How "Ana" performs online, such as impressions, streams, votes, and more - exclusive insights. "Ana" is well-known Azerbaijani song released on 24 November 2021. "Ana" is a music video performed by Sevil Sevinc . This music video charted 2 times in the weekly top 40 charts and the best number position was .
Worldvision Song Contest 2022 starts on July 4, 2022. 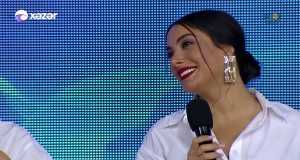 "Ana" has been viewed in November mostly. Plus, the most successful day of the week when the song had preferred by the viewers is Thursday. "Ana" calculates the best results on 25 November 2021

The song received lower results in December. In addition, the worst day of the week when the video has decreased the amount of viewers is Wednesday. "Ana" took the significant reducing on 01 December 2021

The table below compares "Ana's" in the first 7 days when the song has been released.

The information shown below calculates a percentile of the traffic combined as a day of the week. "Ana" achievements, split total result by day of the week. . According to the data, applied by Popnable, the most effective day of the week for the "Ana" could be reviewed from the table below.

The table below represent a percentile of the traffic divided month by month. "Ana's" results, combining total impact of the song since the premiere on 24 November 2021 . According to the data, proven by Popnable, the most effective month for "Ana could be noted from the list below.
Online users now: 892 (members: 617, robots: 275)