Milkii Jamal is a well-known Ethiopian musician/band. Find the best performed Milkii Jamal's songs, ranked by popularity online. How they standing on charts? Explore the most successful placements of Milkii Jamal in the Artist Chart compiled by Popnable. How the music videos released by Milkii Jamal appeared in songs charts, such as Top 40 (weekly) and Top 100 (daily). How many times Milkii Jamal touches regional charts from Ethiopia? Discover amazing stats regarding to Milkii Jamal's songs impact. 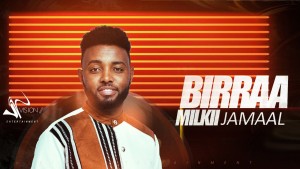 Milkii Jamal is currently on #735 on Ethiopia Artists Chart.

Find all achievements by Milkii Jamal in Artists Top 40 Charts.

In the table below, you can see the entrances of Milkii Jamal in the monthly based chart - Artists Music Chart. It has shown the data from the last 24 months (2 years). Percentile column represents the ratio between the total streams/views that have been driven by Milkii Jamal and the monthly impact. Position column shows the place in the chart for a given month and the difference between the current and the previous month.

Filter By: most impressions, most upvoted, most downvoted