Morpheuz is a famous German artist/band. Find the best performed Morpheuz's songs, and musician's achievements, ranked by impressions, likes, and dislikes. On this page you can discover exclusive insights that present the most successful video premieres by Morpheuz on a daily, weekly, and monthly basis. The insights measure the highest entrances of Morpheuz in charts, such as Top 100 German Songs and Top 40 Songs Chart. 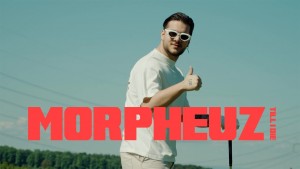 The following music videos performed by Morpheuz are the best standing in the daily top chart. These songs have reached the huge impact in the premiere day. Popnable measures the influence of the each participant song released by Morpheuz in the first 24 hours.

The following list of Morpheuz's songs represent the highest placed music videos in weekly top charts. These songs have received the most significant impact in the first 7 days since their peremiere. Popnable calculates the result of the each entrance of songs released by Morpheuz in the first 168 hours.

The songs below released by Morpheuz are the best performed music videos in monthly top charts. These songs have gained better positioning in our monthly charts. Popnable serves information about the present of each music video by Morpheuz in the first month.