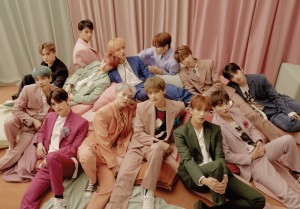 Seventeen is a popular artist from South Korea. Popnable collects information about 43 songs by Seventeen. The highest Seventeen 's charting position is #1 , and the worst ranking place is #500 . Seventeen's songs spent 54 weeks in the charts. Seventeen appeared in Top Chart that measure the best Korean musicians/bands and the highest position noted by Seventeen is 1. The worst result is 500.

Career of the Seventeen started in 2015 .

Real name/birth name is Seventeen and Seventeen is famous as Musician/Singer.