The Lit Band from Malaysia

Overview. Achievements have been collected by The Lit Band as summary. Last released singles and most often chart achieves. Biography and facts. Net Worth. 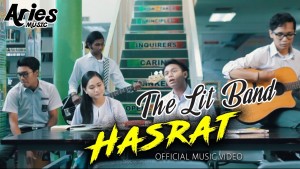 The Lit Band is a popular artist from Malaysia. Popnable collects information about 1 songs by The Lit Band. Artist's music video reached 33.9K total impressions, 1.1K upvotes, and 34 downvotes . The highest The Lit Band 's charting position is #0 , and the worst ranking place is #0 . The Lit Band's songs spent 0 weeks in the charts. Most climbed song of The Lit Band reached +0 positions up. The worst movement is 0 places down.