"Chhal" is Nepali song released on 14 May 2021 in the official channel of the record label - "OSR Digital". Discover exclusive information about "Chhal". Explore Chhal lyrics, translations, and song facts. Earnings and Net Worth accumulated by sponsorships and other sources according to information found in the internet. How many times the Nepali song appeared in music charts compiled by Popnable? "Chhal " is well-known music video that took placements in popular top charts, such as Top 100 Nepal Music Chart , Top 40 Nepali Songs Chart, and more. 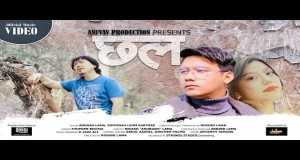 Right for this video is provided by Thupden Bhutia

Rights for this video is provided by Roshni Lama

Our Heartfelt Thanks To: The Strings Studio, Darjeeling

Special Thanks To: Manila Lama

OSR Digital is one of the largest Digital and Physical (CD,VCD,DVD) movies distribution  company in  ;It is one of the largest Super Hit Nepali Movie entertainment Content Provider For YouTube channels in  ;This channel mainly focuses on entertaining our YouTube viewer from the New Nepali  ;We upload Nepali Full Movies of various genres such as action, comedy, romantic, horror, drama  ;
We do upload all videos in this channel with full Digital Copyrights of ourselves or provided by different owners  ;If you have any copyright issue with our uploaded videos, please contact us to avoid the conflict.

The highest charting position of the entry is #52 . The worst ranking place of the video is #202. "Chhal" has been charted in 1 trends (countries):

The best charting position of the entry is #52 . The worst ranking place of the video is #121. "Chhal" has been charted in 1 trends (countries):