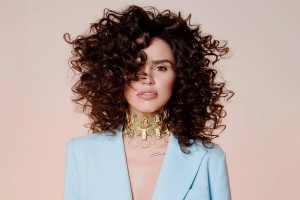 What is the zodiac sign of Zivert ?
According to the birthday of Zivert the astrological sign is Sagittarius .

Zivert (present name: Julia Sievert is a Russian pop singer. At the same time, she came to adulthood when she wanted to be a singer. Before that, I tried many different professions. "After school, I went to study, but due to some circumstances, I had to drop out and go make money. I chose the profession of a flight attendant because the earnings are much higher, the work itself is very diverse, constant communication with different people, and office work was not to my liking. Also, my choice was influenced by my parents, who had taken me with me on business trips, trips, travels, and I was used to airplanes from infancy. In principle, I went there with the understanding that this work was not forever. At some point, flights began to be difficult for me, and travel stopped bringing me joy. When you visit the same countries year after year, it starts to catch on. It also came to the realization that you have no earthly life at all, that you exist separately from it, from your friends and relatives, and I felt a sense of loneliness. At some point, my soul wanted a creative impulse, because every day you were with an iron beam, with colorless nail polish, and in the same shape. The soul demanded to fill tattoos, to paint in crimson color, to insert a ring in a nose. When I left work, I felt light, creative flight.", she said.