Coldplay Back: A Single On May 7?

Let it be said: the return of Coldplay is imminent! Less than two years after "Everyday Life", certified platinum in France, the group is about to sign their big comeback. And fans are watching: for several days, mysterious posters adorned

Coldplay Back: A Single On May 7?

Let it be said: the return of Coldplay is imminent! Less than two years after "Everyday Life", certified platinum in France, the group is about to sign their big comeback. And fans are watching: for several days, mysterious posters adorned

A promotional campaign which, as the Coldplay France community indicates, recalls the one used to advertise the album "A Head Full of Dreams". Moreover, fans were able to decipher the encrypted code of certain posters which reveal the following words: Coldplay, Higher Power, May Seven. It did not take more to understand that Coldplay could release his new single, entitled "Higher Power",

In addition, a website called alienradio.fm has been opened and offers Internet users the opportunity to decipher a mysterious signal; while English host Greg James hushed up the band's return on their morning radio mission. Many clues disseminated here and there that Coldplay has just confirmed on its social networks. Editing their profile photo of the effigy of this mysterious poster full of symbols, the group also shared the link from the site alienradio.fm. The return of the band is therefore only a matter of days!

A return scheduled for May 7?


Such a marketing campaign is not a first for Coldplay. As a reminder, a few days before the announcement of the release of the album "Everyday Life", posters appeared in the subway of So Paulo, then Paris or London, showing the group on a deliberately aged photograph dated 1919. Moreover, just after the release of the disc, Mark Mitchell, the co-president of Parlophone, announced that another album would be released in the crowd: There is nothing fixed for the moment but we can say that there is a desire to make another record for quick enchantment. They've been working on other songs for the rest of the summer, so there's a lot of ideas left out for this album, which they hope to forward as quickly as possible .

A few months ago, a source already told The Sun , that the authors of "Orphans" were working on a new album potentially entitled "Music Of The Spheres": Chris and the others have been leaving clues for some time but now it is time that took shape. During the lockdown, they worked on new songs, which will culminate in a record, the working title of which is "Music Of The Spheres" (...) Chris and the band have officially registered the name as a brand, leave for a album . A good news by bringing another, this new project would be accompanied by a tour. An event when Coldplay had announced to want to stop the tours for ecological reasons. VS'added the source. A long-awaited return which should logically be crowned with success. 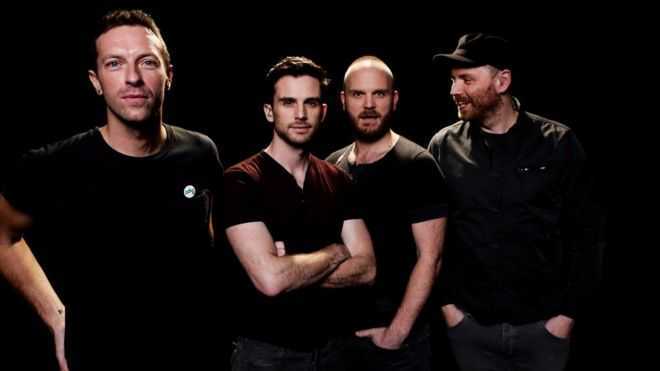